Today is my youngest son’s birthday.

Yesterday as I sat pondering his birth all those years ago and realised that I needed to acknowledge it.

Not just for me but for all the women out there who had gone through something similar and were just expected to ‘get on with it.

Because it was a big deal.

It was my fourth pregnancy and a HUGE surprise after having had my tubes tied.

I had an incompetent cervix (the term used at the time, to further reinforce my ‘not being good enough’)

I’d had a cervical ligature inserted, as I’d had with the two previous pregnancies, so I had continued life as normal, or what’s considered normal when you’re running around after three children.

Until the day I started having contractions.

When I realised that I would have to go to the hospital I did what most women in my situation would do.

I went to the supermarket and bought all the things that I thought I would need for the duration and also food and staples for the family I would leave behind.

I then came home rang my husband (no mobiles in those days), rang friends and arranged care for the three children for that afternoon, put in place a few other things . . . and then rang the ambulance.

All the while assuming that I would be in hospital, on bed rest, for the eleven weeks until the baby was due.

I had spent ten weeks in hospital with the second pregnancy, which was when they discovered the incompetent cervix, unable to put my feet to the floor.

A very frustrating time when you’re 21 and feeling perfectly well and stressing about the almost three year old you had left behind.

The third pregnancy I had spent the final month on bed rest.

So I knew that day that I would arrive at the hospital and there I would stay for the next 11 weeks.

In the quiet of the ambulance, as it drove the 40 minutes from our house to King George V hospital in Sydney, I had the opportunity to time the contractions.

They were coming 5 minutes apart.

And the panic set in.

I arrived at the hospital, was rushed upstairs, drips inserted to stop the contractions as they’d done with my second pregnancy and there I lay . . . waiting. If only I’d taken a book!

They decided that the baby was in distress so they gave me the injection to mature its lungs and then we had to wait for 24 hours.

I won’t go through the next hours.

The labour was quick and the baby emerged before the doctor had done up his apron!

We were all expecting a 1 or 2-pound baby (yes it was that long ago) and out popped a little boy who was 3 pound 10.

They put him in the humidicrib and whisked him up to the neonatal intensive care ward.

I can remember so much of it vividly. He stayed in hospital 25 kilometres away from our home. I had three children at home to care for. I was expressing milk, freezing it and taking it to the hospital.

The beeps of those monitors will haunt me forever. Each time they went off the nurses would nudge the babies to make them start breathing again.

The babies would have to go 10 days without having an apnea episode an then they could graduate to the next level in the nursery. Matthew went 7 days and we got very excited . . . and then we were back to day 1 again.

During that time there was a petrol strike. I remember us all traipsing to the police station 10 kilometres away to get an exemption to allow me to purchase petrol and the police officer saying I don’t know whether to classify you as a ‘milk vendor’ or ‘a carrier of perishable goods’!

They was no category for stressed-out mother of four, looking after three children whilst expressing and travelling 25 kilometres to deliver expressed milk to an 11-week premature baby.

I think, he was six weeks old when he came home. My life was such a blur by then all I know is it was a bloody long time.

I used to carry him around in a pouch and I would tell people that he wasn’t due to be born yet.

today he is 39, he’s 6 foot tall, has two degrees, is married with two very cute children, has travelled the world, run the London marathon and now competes in triathlons.

Thank you to the staff in King George V in March 1980 for nudging my baby when he forgot to breathe and giving him such great care when I couldn’t be there with him. You did a great job! 💞

You survived. You made it through all that life threw at you ~ then, before and later! 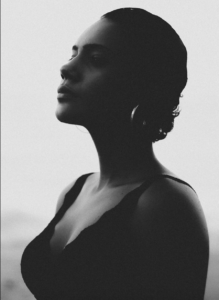